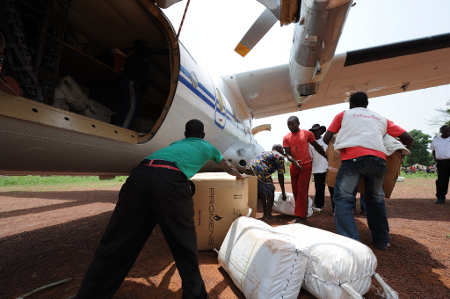 An article on countries that hinder international NGOs starts off with ‘The news didn’t come as a surprise.’ While he may not be surprised, the writer clearly doesn’t agree with the changes. Personally, I can understand why countries would wish to limit NGO actions. International NGOs can’t help but bring biases from their own culture – after all, they have to report back on spending to their donor governments. It really should be no surprise that recipient governments want to keep a close eye on what they’re up to. Can we really complain that local governments want international NGOs to “refrain from doing any act which is likely to cause misunderstanding?”

Donors are going to want to know that their money isn’t being spent on weapons that may be used against them in the future. I understand that there are limitations on what they’ll accept their money being used for, but I don’t think that donors have the right to, for example, influence the political system, pushing for democracy. As outsiders, we do have a different perspective and different skills that can be useful. We should be using them to assist in culturally appropriate programs run by locals to address issues identified by locals.

That’s why half of the royalties from Dragon Bones will go to Bhutanese organisations. I intend the same for any books I write in the future because I believe that only local NGOs can identify the biggest issues and address them in a culturally sensitive way. It’s therefore exciting to me to see an organisation that seems to be taking that approach. In an interview, the CEO of the UN Foundation said, “That means aid wonâ€™t be a large-scale gift but a series of small changes that make it possible for poor people to change their own lives.” I hope this becomes a trend.