The Moral Landscape: An attack on tolerance?

Home/Off Topic/Ideology/The Moral Landscape: An attack on tolerance?
Previous Next

The Moral Landscape: An attack on tolerance?

The Moral Landscape, by Sam Harris, puts forward the idea that scientists can, and should, contribute to moral debate. Harris believes that the goal of ethics is the well-being of conscious creatures, which is a measurable quantity. Science may not yet have the tools or the understanding to take these measurements, but since they are measurable with science, only science can offer real insight into moral debate.

Itâ€™s an interesting idea, and I certainly donâ€™t deny scientists the right to engage in moral debate, but thatâ€™s as far as I can go in agreeing with Harris. He believes that our society has a monopoly on understanding right and wrong and gets very defensive when presenting views of cultural relativists, people who believe that you canâ€™t judge a culture until you have lived in it extensively. â€˜Why is it even slightly controversial to imagine that some tribe or society could harbor beliefs about reality that are not only false but demonstrably harmful?â€™ (p25) 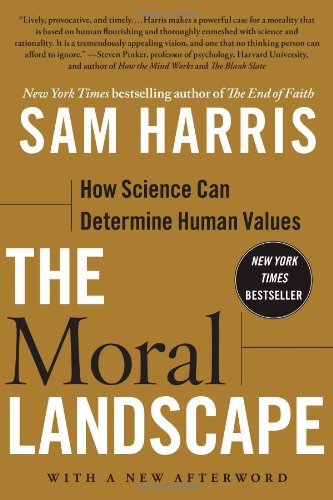 For Harris, â€˜Moral relativism is clearly an attempt to pay intellectual reparations for the crimes of Western colonialism, ethnocentrism, and racism.â€™ (p47) While true for many people, and a good reason to be wary of imperialism, some of us have become relativists simply because weâ€™ve lived in other cultures with other beliefs and realise that one way is not better than another. Such experience makes statements like, â€˜they simply do not understand how much better life would be for them if they had different prioritiesâ€™ (p39) false for many of the cases he protests. A Westerner might make the case that a society of sexual equality is better than the male-dominance of Japanese culture, but he would be demonstrating his lack of understanding of Japanese culture, where the balance of power is more complex than this dualistic view allows for. Harrisâ€™ most damning critique of relativism is that it is a paradox – relativism is based on ideas of tolerance, but is intolerant of intolerance. Again, he simply comes off as defensive. In none of his examples does a relativist say, â€˜you are wrong.â€™ They usually say, â€˜If you keep your mind open, youâ€™ll see there is value in other views.â€™ Whenever Harris comes across such arguments, he appears to be left agape, turning to his reader demanding that we see how ridiculous this argument is – only his view can be right.

Harris never really justifies his view that only science can measure well-being. â€˜Again, this is something that only an empirical science of morality could decideâ€™ (p90), and he canâ€™t guarantee that science will ever be able to provide the answers. â€˜… to say that there are right answers to questions of how to maximise human well-being is not to say that we will always be in a position to answer such questions.â€™ p(72) The best he can offer is that we always move upwards, but what if that leads us to a lower peak on the â€˜moral landscapeâ€™ than those who take another path from a lower point. Perhaps others can already see, or believe they see, a better way to a higher peak. How would we feel if they decided that their path, based on another paradigm, was superior and gave them the moral right to enforce their ways on us? In this sense, Harris seems prepared to repeat the imperialist mistakes we made in the past and the mistakes he accuses religion of making now, when they claim exclusivity on â€˜moral right.â€™

I grew up in a scientific culture and I therefore agree with Harris in his preferred way of living, even while I keep an open mind to other â€˜rightâ€™ ways. Assuming for a minute that there is a single â€˜rightâ€™ way and that we do hold that high ground, I wonder what damage might be done by pushing said â€˜rightâ€™ way on another culture. Are they likely to embrace it? Were they to do so, without having the scientific background, would it be sustainable? Would it be misinterpreted, even abused by individuals for their own good? I see nothing in Harrisâ€™ arguments to say that such issues could be avoided by a moral â€˜science.â€™ 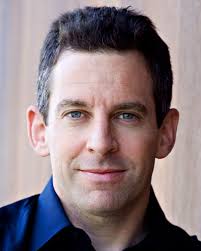 However, as Harris himself admits, all these arguments are meaningless if human well-being is not the ultimate objective of a moral code. In his mind, any alternative is as insane as objecting to medicine. â€˜I wonder if there is anyone on earth who would be tempted to attack the philosophical underpinnings of medicine with questions like: â€œWhat about all the people who donâ€™t share your goal of avoiding disease and early death? Who is to say that living a long life free of pain and debilitating illness is â€œhealthyâ€?â€™ (p38) Yet there are many, like myself, who do ask such questions. By providing treatments to genetic diseases, we allow sufferers to pass on their genes to the next generation and weakness is bred into the human race. Is that ethical?

The same argument can apply to the larger ethical picture to question whether human well-being is the ultimate goal. in Harris’ view, animals and environment are only important insofar as they benefit people, which is the same selfish arrogance I object to in the Bible. What about the welfare of non-conscious creatures or of the planet? Perhaps weâ€™re just paving the way for a greater race, as the dinosaurs once did. Might our moral objective not be to ensure this planet or this universe remains in pristine condition to allow the evolution of a better species than ours?

Every argument Harris makes assumes an existing moral framework. The net benefit to humanity of any action is more important than that of any single individual, for example, or that a solution which benefits both involved parties is preferable to one in which the net benefit is greater but one party loses out. It is these questions that he claims science can answer, but never provides a reason, instead falling back on saying anyone believing otherwise is a moron, which is hardly scientific. I simply donâ€™t think science is entitled to a monopoly on making such decisions any more than religion is.